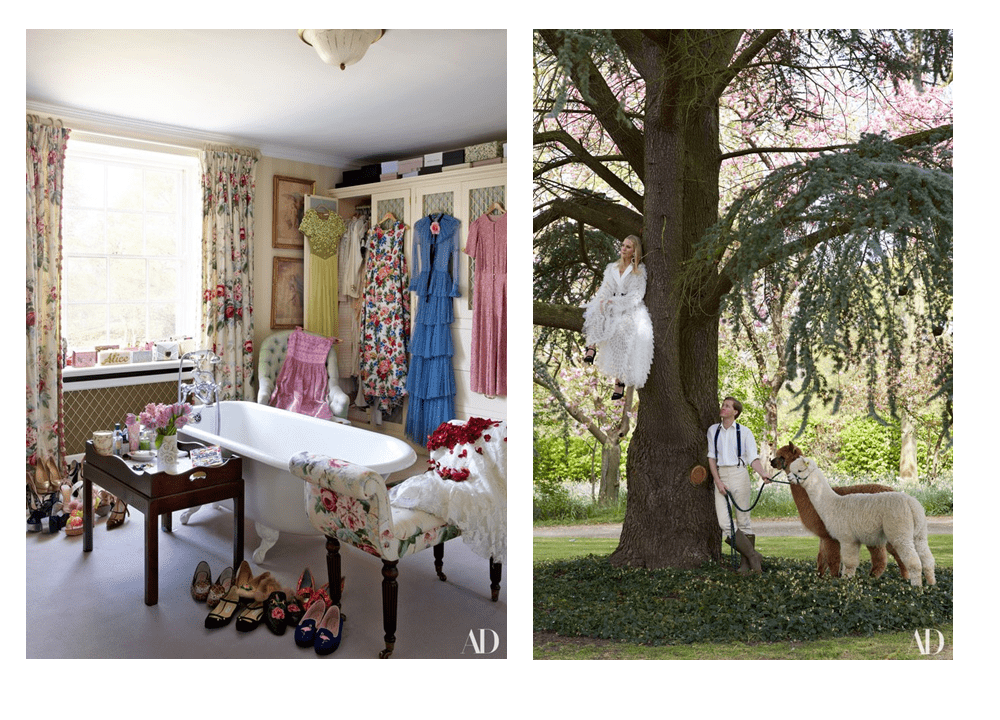 “Alice Naylor-Leyland likes to create a scene. Last summer, the golden-haired, bright-eyed English beauty propelled herself into Instagram fame with a rainbow-hued 30th-birthday party that rivaled most weddings. Hosted at Stibbington House, the fairy-tale-like country home in Cambridgeshire that Alice shares with her husband, Tom, and children, Billy and Nancy, now five and two respectively, the party featured a tent filled with towers of pink peonies, giant bouquets of multi­colored balloons, an old-time Dixieland band, pastel-dyed sheep, and Alice herself in a psychedelic Gucci gown. Anyone who caught a glimpse of the extravaganza on Instagram or in the September 2016 issue of Vogue, where Alice is a contributing writer to the magazine’s website, wanted to know more about the new girl in town who counts model Poppy Delevingne as her best friend.” Via Architectural Digest UK