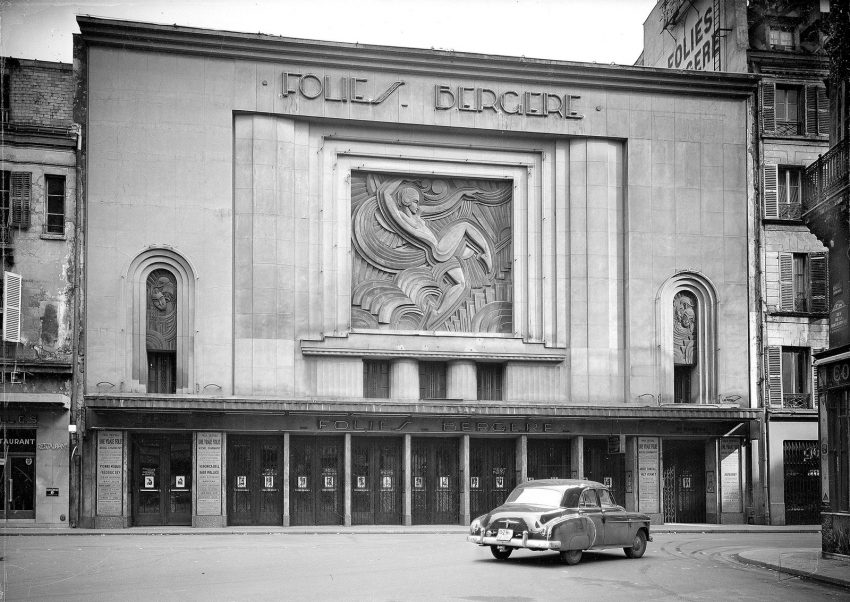 Czech & Speake’s founder, Frank Sawkins, has a background in Fine Art and Architectural Design, lending him a deep understanding and appreciation for the radical movements that changed design history. For this reason he designed and named his luxury bathroom collections after his favoured key movements. In this journal post, we will be exploring the hugely influential period of Art Deco, that inspired Czech & Speake’s timeless Cubist Collection.

The Art Deco movement spanned across the 1920’s, ‘30s and ‘40s, originating in Paris but quickly adopted across cultures. The style was distinctively cutting edge at the time of its invention, defined by linear structures, geometric shapes, symmetry and streamlines, much simpler and easier on the eye than design that had come before.

It derived from the ideas of the Art Nouveau and Arts and Crafts movements that existed alongside it, which aimed to fuse everyday, functional objects with artistic flourishes. Unlike these highly decorative styles that both predominantly took their inspiration from the natural world, Art Deco challenged viewers to see the beauty in simplicity and geometry, inspired by advancements in the machine and mass production. It also drew inspiration from ancient man-made objects across cultures, such as Egyptian and Greco-Roman temples and geometric African tribal design. Artists and Architects took advantage of the new technology, making aesthetically pleasing machine-made objects, available to the mass majority.

Due to mass production and availability being at the core of the Art Deco Style, it was able to embrace every area of design, from architecture, interiors and automobiles, to fashion, glassware and cigarette boxes. As it was so prolific and ever-advancing, the style was, and still is, difficult to pin down to a single definition. It was not actually named ‘Art Deco’ until 1966, lifted from the title of the 1925 Exposition in Paris ‘Internationale des Arts Décoratifs et Industriels Moderne’, abbreviated to ‘Art Deco’.

Although the movement originated in Paris, the style was seen globally, with prominence in New York and London. In New York, Art Deco was majorly used in the design of skyscrapers during the 1920s. The Chrysler Building, Rockefeller Plaza, the American Radiator Building and the Empire State Building are just a few of the city’s iconic buildings that encompass Art Deco. In London, its major use was in the design of hotels, such as the Savoy, Claridges, the Strand Palace Hotel and the Dorchester. Some of these design features include stepped pyramid forms, bold geometric ornamentation, and use of glass, metals and rich, monochromatic colour combinations.

The Art Deco movement was the overarching stimulus for Czech & Speake’s Cubist collection, but it was the glamour and opulence of its use in London hotels that most inspired Frank. These grand buildings truly embody the luxury of this period. The collection was named ‘Cubist’ in reference to the artist movement started by Pablo Picasso and Georges Braque, that comes under the umbrella of Art Deco, defined more specifically by its use of Geometric forms. You can see the influence of Cubism and Art Deco in our collection through the faceted, geometric form of our taps, the decorative, linear ridges cut into our crystal glassware, and the stylish pairing of lacquer black and metallic material in our furniture.

Since the release of our Cubist Collection, our fittings have been chosen to be used in the renovations of some of London’s most iconic Art Deco hotels. It is a pleasure to see them in place, where they were designed to be.

Learn about our Art Deco inspired Cubist Collection, and shop the full range.